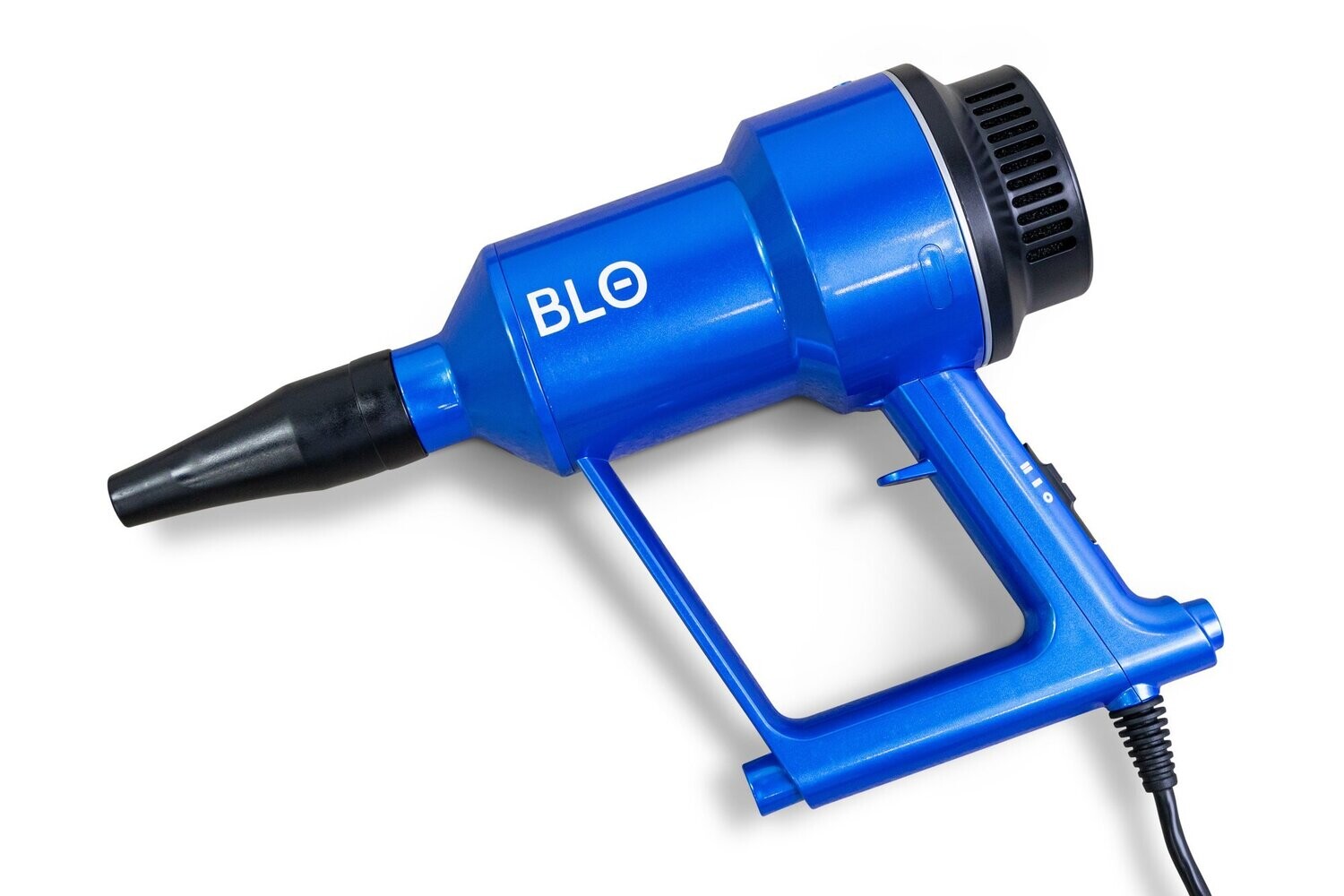 The BLO AIR-S is a compact but powerful handheld dryer, perfect for motorbikes, bicycles and small areas on cars such as wheels, grills, engine bays, mirrors and more. The AIR-S is small but powerful, with the highest power output of any portable car dryer in its class. It comes with a generous 5m power cable and 3 nozzles to suit any job. After the success of the BLO AIR-RS and AIR-GT, BLO wanted to create something small and compact for those who do not have the space or need for a larger car dryer. The AIR-S pushes air in a straight line to increase efficiency and performance, not from below like most other units. To increase air velocity, BLO added the largest motor possible for a portable unit, but not at the expense of weight, making it not only the most powerful, but also the lightest in its class. Despite its compact size, the BLO AIR-S is one of the smallest car and bike dryers, but also one of the most powerful, offering up to 25% more drying power than some competitors. The efficient 1.5 HP motor is capable of producing warm, filtered air that is up to 25 degrees warmer than the ambient temperature, making drying faster and safer. It is equipped with two air filters that protect the internal workings of the dryer and prevent contaminants from being blown onto your vehicle. The ergonomic handle has a speed switch with two speed settings, allowing a less powerful airflow in narrower or more delicate areas. The AIR-S will blow water out of hard to reach areas such as grilles, bumpers, vents and wheels with ease, but it can also be used to blow dust out of interiors or even electrical appliances such as computers. The AIR-S comes with a one year warranty.

Save this product for later
Display prices in: EUR